It is true that hashtags have a role in expanding your reach on Instagram, but it is a common misconception that they are everything. I often advise clients to take caution when it comes to using hashtags, in terms of how they are using them, how many they are using, and especially which hashtags they are using. It’s important not to get hashtag happy! Things are constantly changing with social media platforms and their algorithms, and many people don’t know about Instagram banned hashtags.

Using hashtags might lead people to your account, but they also attract bots, and Instagram has blocked many hashtags in accordance with its Community Guidelines. There are also other effective ways of growing your reach on Instagram, such as the use of locations, stories, IGTV, Instagram live videos, genuine engagement, the list goes on!

So with that said, let’s take a look at what you need to know about Instagram banned hashtags in 2020…

Here are some of the reasons…

It might take a little longer to put your hashtags together, but it is worth checking whether they are banned before you use them.

Here’s how to check:

What can you do to avoid your account being blocked, banned, closed, or generally frowned upon by Instagram?

Instagram gives us an incredible platform to use, for FREE. It’s only fair that we comply with their guidelines. This is by no means an extensive list, but here are a few things you can avoid to keep your account in check…

Found some banned hashtags that aren’t mentioned here? Let me know in the comments and I’ll update the list!

Are you using Instagram saved replies? Did you know that Instagram has a feature in the app settings which allows you to create and save responses on Instagram.

What Exactly Does A Virtual Assistant Do?

What Exactly Does A Virtual Assistant Do? A virtual assistant offers much more than just admin. A VA can help with more than you might think!

How To Become A Virtual Assistant

Are you wondering what a virtual assistant is, whether it's for you, or how to become one? Read on! 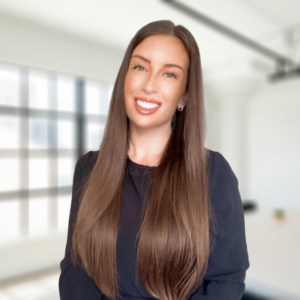 Any cookies that may not be particularly necessary for the website to function and is used specifically to collect user personal data via analytics, ads, other embedded contents are termed as non-necessary cookies. It is mandatory to procure user consent prior to running these cookies on your website.